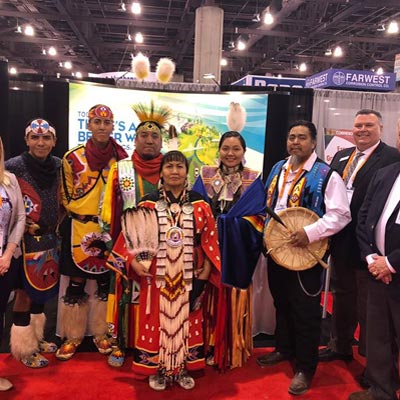 Across the world, end users are looking for technologies that can help in the fight against corrosion. According to NACE, the direct costs of corrosion in 2014 were estimated at $540 billion in the U.S. and $2.3 trillion worldwide. For decades, the fiber-reinforced polymer composite industry has been helping in this fight.

However, it wasn’t until last year that the composites industry had a significant presence at CORROSION – NACE’s premier show dedicated to corrosion resistant technologies. At the first show’s first ever Composites Pavilion in 2017, ACMA gave its members a platform to highlight the use of composites in corrosion resistant equipment in a composites industry pavilion. In 2018, ACMA and its Corrosion Control Division built on the success of the Composites Pavilion with an even more comprehensive program.

ACMA and its members demonstrated the benefits of composites in corrosion control applications and outlined workforce challenges during presentations in the “Corrosive Chronicles” theater on the show floor. ACMA also hosted the show’s opening night reception, where attendees could try the industry’s signature drink, “The Rejuvenator,” which pays homage to FRP’s ability to improve structures that have suffered from longstanding corrosion.

The pavilion itself provided an opportunity to debut new products and branding, including Ashland’s Derakane™ Signia™ – the first identifiable resin in the corrosion industry. ACMA members also revealed the association’s new “Discover Composites” branding that allows the industry to speak with a unified voice.

To learn more about ACMA’s Corrosion Control Division and how you can join the association in the fight against corrosion, contact John Busel.

Want to Know More About CGI?

Lend your voice and expertise to our Composites Growth Initiative (CGI) committees.