Every year , the American Composites Manufacturers Association (ACMA) celebrates its exceptional members with the ACMA Membership and Awards. These prestigious awards honor the work of individuals that have helped to develop and grow critical markets, advocate for composites and make the industry successful through the years.

“Our industry depends on the selfless dedication of outstanding individuals who have gone above and beyond for years to help ACMA grow the industry,” said Tom Dobbins, ACMA President & CEO. “Without these leaders, our association and the composites industry at large would not be where it is today.” 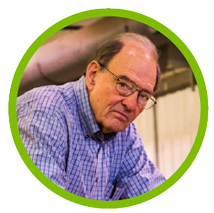 William Seemann is largely responsible for laying the foundation for the composite material processes used in today’s marine industry. In the late 1960s, William Seemann’s interest in the research and development of composites fabrication led him to the invention and patenting of the C-Flex boatbuilding system, which enables builders to build one-off composite boats without a mold. In the years following, racing yachts built with C-Flex began to dominate sailing circuits around the world. The system has been used in more than 80 countries and is still being used today. In the 1980s, Seemann began research on vacuum infusion, which resulted in the development and patenting of the SCRIMP (Seemann Composites Resin Infusion Molding Process) vacuum infusion system. Seemann Composites was the first company in the world to make large parts with vacuum infusion, and the principles outlined in the original patent are followed in virtually all vacuum bag/vacuum infusion systems used to build boats, wind blades and much more. 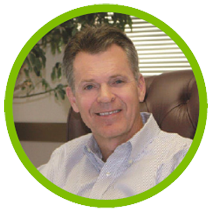 Jeff Craney began his career in the 1980s at Owens Corning, where he held a variety of positions in operations, sales, customer service and management. In 2007, he joined Crane Composites as president. From 2015-2017, Craney served as Chairman of the ACMA Board of Directors. During his tenure, ACMA grew immensely as an organization by significantly increasing its revenues and drastically improving its operations. Between 2015-2017, ACMA and SAMPE’s CAMX show became the premier composites trade show and conference in North America, ACMA’s government affairs program achieved critical legislative and regulatory victories, ACMA developed CompositesLab – the first central online resource for composites education and its membership grew to more than 500 members. Mr. Craney retired from Crane Composites and the composites industry in 2017. This year, he passed away after a health battle. His many friends and admirers in the composites industry will continue with his legacy and will benefit from his leadership for years to come. 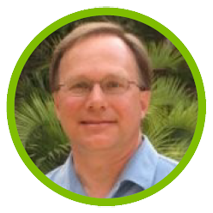 David Herzog has been an invaluable contributor to ACMA programs for decades. He has been an active member of ACMA’s Regulatory Steering Committee and played a critical role in the committee’s most seminal achievements. He also has served as chairman of ACMA’s Technical Committee and has led the association’s guidelines for technical paper and poster session reviews for various conferences, including CAMX and COMPOSITES. He also has been a vital leader in education session programming for conferences. His technical expertise and leadership have been critical to the growth of several Composites Growth Initiative committees, including the Green Composites Council’s Recycling Committee, the Corrosion Control Division, and the Pultrusion Industry Council. He has also written numerous technical articles and columns for Composites Manufacturing Magazine. 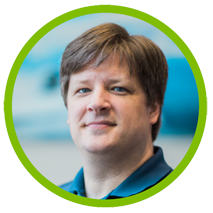 Over the past two years, Trevor Gundberg provided important technical and educational materials that facilitated the development of four Certified Composites Technician (CCT) program updates. Gundberg was also an integral part of the development of a new Advanced Composites program for CCT. His hard work behind the scenes to review data, documentation and training materials has been immensely helpful to ACMA programs. He consistently presents educational information and builds industry knowledge about how the latest trends in manufacturing, design, fabrication and quality assurance can benefit the entire composites industry.

ACMA Board Chair Kevin Barnett recognized Jay Merrell for his outstanding leadership and commitment to the composites industry and the association at the October 15th Awards Ceremony and Reception at the Omni Dallas Hotel at CAMX. “Jay has always been a voice for moving the organization forward” Barnett said. Merrell has dedicated countless volunteer hours and efforts to ACMA over the past 16 years. As the Executive Vice President of Norplex-Micarta and IDI Composites International, Jay has always taken a special interest in health, safety and environmental issues.” He has served on the ACMA Board of Directors for many years and has chaired a variety of committees including the Government Affairs Committee. Join us in congratulating Jay Merrell for being this year’s winner of the ACMA Chairman’s Award.

“In an industry that, since its inception, has faced an uphill battle to remain viable and compete against mainstream materials, it is incredibly important for ACMA to recognize individuals who have dedicated countless hours to ensure composites businesses have what they need to prosper,” says Mike Gordon, President of Gordon Composites, Inc., and co-chair of the ACMA Awards Committee.

“What is so special about our industry is that it never rests on its laurels,” adds Gene Gregory, President of PRC Composites and co-chair of the ACMA Awards Committee. “While we at ACMA are proud to recognize the decades of contributions this year’s honorees have made to the association and the entire industry, their work is far from over.”

ACMA will celebrate and recognize these influential leaders of the composites industry at ACMA’s Membership Awards and Recognition Ceremony on Monday, October 15, 2018, from 5:30 p.m. – 7:00 p.m. during CAMX- The Composites and Advanced Materials Expo (CAMX) in Dallas, Texas. During the ceremony, ACMA will also announce the winner of its prestigious Chairman’s Award. To attend this exclusive event, click here for tickets.

This year the ACMA Membership Awards and Recognition Ceremony is sponsored by Johns Manville and North American Composites.