House Elects Speaker as ACMA Prepares for Our Fly-In

Doubtless to ensure ACMA members would have a great set of meetings during our February fly-in, the House of Representatives late on Friday, January 6 elected Representative Kevin McCarthy Speaker of the House on the fifteenth ballot. The drawn-out fight for Speaker is one for the history books, breaking a century-long run of smooth elections for the leader of the incoming majority.

Speaker McCarthy will lead a fractured Republican majority with a set of parliamentary rules that will substantially restrict his ability to maintain order in the House. Conservative hardliners in his caucus demanded these changes to decades-long precedent, and it remains to be seen if the House will be able to function with a divided majority with few votes to spare.

The House on Monday, January 9 approved a set of rules, as is customary at the beginning of each Congress, and Republicans settled outstanding committee chairmanships. The House then passed the first legislation of the year, cutting increased funding for the Internal Revenue Service included in the Inflation Reduction Act in August. The Democrat-controlled Senate is not expected to pass this legislation.

While the House worked through this process, ACMA staff have been hard at work laying the groundwork for our first visit to Congress since COVID-19. Two dozen ACMA members have registered for the three-day event that will feature the next ACMA Sustainability Forum, speakers from the Biden Administration, and meetings in the House and Senate reintroducing our industry to Congress.

This event will create the momentum we need to further our message in Washington in 2023 and beyond. Don’t miss this important event. Members can register here and can reach out to ACMA’s Vice President for Government Relations Dan Neumann with any questions.

The Biden Administration will look to push its goals for electrifying the U.S. transportation space, including through the expansion of electric vehicles in consumer vehicles and trucking.  Transportation Secretary Pete Buttigieg and Energy Secretary Jennifer Granholm appeared together to roll out the newly released U.S. National Blueprint for Transportation Decarbonization plan at this year’s Transportation Research Board (TRB) annual meeting.

In their discussion on the blueprint, the secretaries focused initially on the President’s goal to install 500,000 electric vehicle charging stations by 2030 to incentivize EV for private vehicles.  Secretary Granholm highlighted the controversial language in the Inflation Reduction Act that added a domestic content requirement to capture the tax credit for purchasing an EV as a potential boon to U.S. manufacturers. The EU, Japan, and Korea have all complained about this provision, arguing that all EVs should receive the tax credit.

The secretaries also highlighted the future rollout of regional “hydrogen hubs” to shift transportation away from fossil fuels.  As previously reported in Insider, The Department of Energy will rollout a to-be-determined number of hydrogen hubs which will be ecosystems of hydrogen production, storage, transmission and use, with a focus on industrial applications.

The 100-page Blueprint lays out an ambitious plan for incentivizing electric vehicles, hydrogen vehicles, and developing new technology in aviation, rail, and maritime applications. The report is a further refinement of the 2021 Long Term Strategy of the United States, rolled out at the beginning of the Biden Administration which established a national goal of a net-zero greenhouse gas emission economy by 2050. The transportation sector now accounts for approximately one-third of all U.S. emissions, the largest share of emissions by sector.

While this policy document does not create any new mandates for ACMA members, it lays out the vision of the Biden Administration for several key sectors for composites, including electric vehicles, hydrogen, and advanced air mobility. ACMA will monitor how DOT and DOE look to operationalize this document in the coming weeks and months. 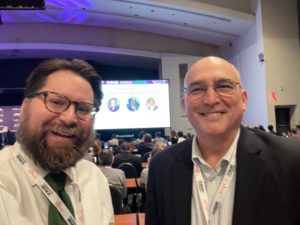 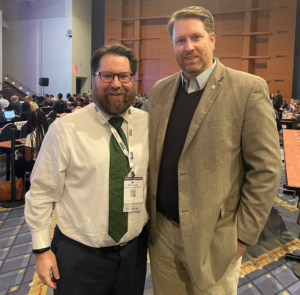